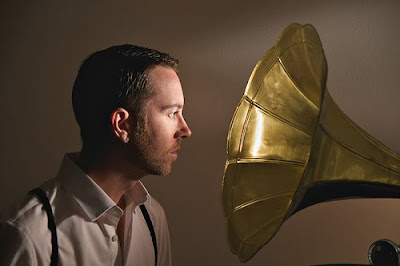 Hello everyone! It's been a while since we've updated this blog! So many wonderful things have happened in the last month or two...including being nominated for THREE East Coast Music Awards, writing two new songs for Thom Fitzgerald's upcoming feature film CLOUDBURST, and composing a very special song for the Mental Health Association's 20th Anniversary of the Festival of Trees this November.

We're booking HOUSE CONCERTS for the Summer and Fall Seasons now! If interested in finding out more, call 902-233-0784 or email ryanmacgrathmusic@gmail.com

ENJOY THE MUSIC!
Posted by Ryan MacGrath at 11:53 AM No comments:

Heading to New Brunswick and then...Newfoundland! 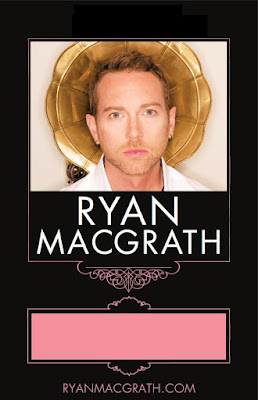 Hey everyone..just wanted to let you know that I have a few dates coming up in New Brunswick from Feb 17 through to Feb 20th. Check out the details on www.ryanmacgrath.com or email ryanmacgrathmusic@gmail.com for info on the house concert in Antigonish on Feb. 16th...there's still room!

Newfoundland is going to be fun..will be singing with Jerry Stamp when I'm there and hope to meet lots of new people too! March 23-26th are the dates for that trip..still looking for someone to host a house concert if you're interested!

Happy Thursday!
Posted by Ryan MacGrath at 5:31 AM No comments:


HALIFAX-Are you looking for a unique Christmas gift this year? Singer/songwriter Ryan MacGrath has something for you.


MacGrath, a Guysborough County native with family currently living in Goshen, has come up with a novel idea for his Christmas campaign, By the Chimney with Care. You may bid to have a personalized Christmas song composed by MacGrath based on your family memories and traditions. It’s a one of a kind gift that can be shared for years to come. The song may also be heard on CBC radio where MacGrath and many other up-and-coming musicians are introduced to a wider audience.


MacGrath, a relative newcomer to the Nova Scotian music scene, wanted to give something back to the community this Christmas. Aside from creating a wonderful gift for one special family, he is donating a portion of the proceeds raised from the song to the Mental Health Foundation of Nova Scotia. “I wanted to bring awareness to mental illness. It can be healed and it shouldn’t be something that is experienced alone. It’s very isolating and I would like to try to shed some light on it.” says MacGrath.


Born at St. Martha's Hospital in Antigonish, MacGrath spent his childhood between Country Harbour, Antigonish and Goshen. He now calls Halifax home after graduating from NSCAD in 1998. As a university student, he took his student loan and bought a guitar. It looks like it is paying off.


In January of 2009, he released a six-song CD, In my own Company, that garnered him two Nova Scotia music award nominations. Since then he has begun to take his music career more seriously. In September, he released his first full-length album, Cooper Hatch Paris. You can catch MacGrath in venues throughout Nova Scotia or maybe even in your own living room. MacGrath is part of the new movement for Open House concerts that has been transforming the live music scene from coast, to coast, to coast.


For Goshen folks, MacGrath has expressed an interest in playing at his old school which is now the Goshen Community Centre. You can find him online at

http://www.myspace.com/ryansmacgrath and http://www.ryanmacgrath.com/
Posted by Ryan MacGrath at 5:59 AM No comments:

Check out this great article in today's THE CASKET weekly paper in Antigonish, NS: CLICK HERE TO READ

A musician with Antigonish roots is helping people give the gift of music this holiday season.Ryan MacGrath is holding a holiday song auction, giving people the chance to bid on the opportunity to have a song written for them for the Christmas season.The original song will include a final professional copy of the song on CD, as well as the lyrics to the song.MacGrath, who was born in Antigonish and grew up between Antigonish and Guysborough counties, is now based in Halifax.
This holiday-themed project, called By the Chimney with Care, is a song auction, he said, with people bidding the have a song written “just for them.”
“Let’s say they have family traditions surrounding Christmas or the holidays, they can bid on having a song that incorporates their traditions.”The song can be given as a gift, he said.This project stems from a similar one MacGrath did for Valentine’s Day earlier this year.“It was just an idea that popped into my head to do for Valentine’s Day – to write a love song for a couple – so I held this auction and people were really keen on the idea.”A couple of weeks ago MacGrath was trying to think of a Christmas-related project, adding he had never written a Christmas song before.Writing a song under these circumstances can be a challenge, but he adds it’s one he welcomes.“I have a particular way of writing songs, as most songwriters do, and you kind of develop patterns in your approach. Doing something like this gives you subject matter that you, perhaps, wouldn’t normally touch on and it just kind of makes you go outside of your own comfort zone and exercise that song writing muscle. It is a challenge, but one that I welcome.”
MacGrath said he began writing music about 10 years ago.
To make a bid go to www.ryanmacgrath.com and click on the By the Chimney with Care link, call 902-233-0784 or email ryanmacgrathmusic@gmail.com. Bidding closes Dec. 8.
He added song writing has always been a passion for him.

“It was always, kind of, a hobby for the most part and then about four years ago I had some friends encourage me to try and take it a bit further,” he said. “So I did that and over the last four years I’ve been able to build a full-time career out of it.”MacGrath said he’s heard some positive feedback to this project so far, adding people are excited.“I’m excited to do it, too. I’ve never really written a Christmas song before. I look forward to diving into it.” A portion of the proceeds from the song auction will go to the Mental Health Foundation of Nova Scotia.
“As someone who has battled with severe anxiety and who has seen friends and family members suffer from devastating mental illness, I realize the importance of supporting organizations such as the Mental Health Foundation of Nova Scotia,” he said.
“They are helping to dissolve the fear that surrounds mental illness, which I believe is the first step to creating awareness and, ultimately, building a community that helps those who suffer.”
The musician also released his first full-length album in September, titled Cooper Hatch Paris. The album features East Coast Music Award winning band Gypsophila and a duet with Chantal Kreviazuk.
MacGrath will meet with the winner and discuss the song creation. For those living away, a meeting on the phone and shipment of the song will be arranged.

Posted by Ryan MacGrath at 2:36 PM No comments:

HAVE YOU PUT IN YOUR BID YET? 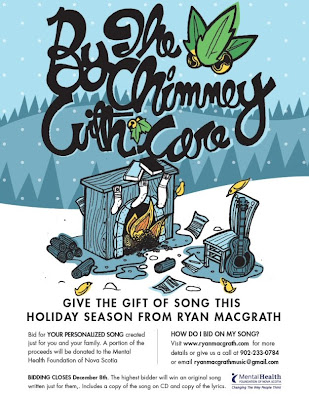 Bid on this Song Auction and WIN AN AMAZING PERSONALIZED SONG BY RYAN MACGRATH and help the Mental Health Foundation in the process!!! Awesome poster designed by Nick Brunt!
Posted by Ryan MacGrath at 7:26 PM No comments:

Check out this new Tune: The Warrior

Ryan MacGrath and his band rocked Yarmouth with an amazing showcase on Saturday, Nov. 6th! Here is a snippet from that night..a new tune called "The Warrior"

Posted by Ryan MacGrath at 2:57 AM No comments: 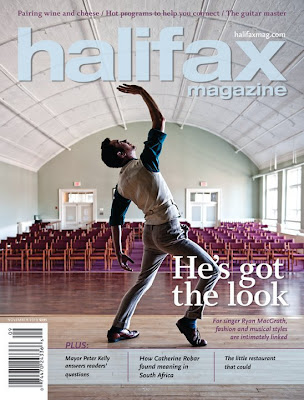 Check out this amazing article HERE that just came out today in the HALIFAX magazine, that talks about Ryan's fashion obsessions, Louanna Murphy...fashion designer for Ryan's latest CD....and an upcoming Fashion show with TURBINE on November 4th!!
Posted by Ryan MacGrath at 8:18 AM No comments:

Shipping is $5 additional to most locations 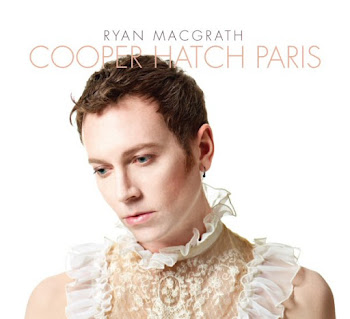